Kalamazoo Powerwashing is the most trusted source for professional rust stain removal services. We offer a safe and effective solution to eliminating your rust stains. Rust can commonly be seen on patio furniture, patios, driveways, sidewalks and other surfaces. Its can be difficult to remove the rust stains without damaging the underlying surface, especially when homeowners attempt to remove the rust themselves. This is why its best to hire a professional rust stain removal company like Kalamazoo Power Washing. Kalamazoo Power Washing is an authorized F9 rust removal service provider. F9 rust removal is considered to be the worlds best rust remover. The combination of this product and our highly trained crew means you will be receiving the best possible rust removal service.

So What Is Rust Anyways?

Rust is an iron oxide, usually red oxide formed by the redox reaction of iron and oxygen in the presence of water or air moisture. Given sufficient time, oxygen, and water, any iron mass will eventually convert entirely to rust and disintegrate. Surface rust is flaky and friable, and provides no protection to the underlying iron, unlike the formation of patina on copper surfaces. Rusting is the common term for corrosion of iron and its alloys, such as steel. Many other metals undergo equivalent corrosion, but the resulting oxides are not commonly called rust.

Knowing what rust is, how we remove it and why Kalamazoo Powerwashing is a trusted source for rust removal makes it easy to see why you should give us a call for a free estimate. 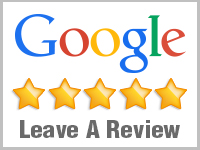